So it’s been a while now since my last post and also since I decided to go solo and start out on business for myself. I’m not 100% sure that the former is due to the latter but it most definitely has had an impact. Writing posts is actually a good healthy habit that I have somehow managed to remove from my diet, and to be honest, has probably been to the detriment of creating my own business overall. The fall-off was mainly to do with the fear of writing about stuff that either A) Seems obvious or B) that no one wants to read about. I’ve now got myself over this by simply thinking who cares! 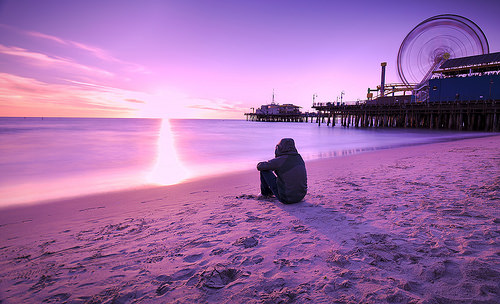 Given the above it’s with great pleasure that I present “The fuckwits guide to starting your own business“. This will probably turn into a more what-not-to-do set of posts given my success rate but it’s a case of you’ll get what you get.

First up. Going solo. That is, being a solo founder.

If anyone has not read the stuff by Paul Graham and so the idea has not been force fed that this is kind-of seen as a bad idea then let me tell you it is. Never do it if you have the option of getting someone on board with you, and this is as close as I can bring myself to say don’t bother starting up unless you have a co-founder – yes it’s that important. Unless you have the complete and total discipline to avoid getting sucked down the tar pit of either A) working too hard on the product development or B) working too hard to customer development, then it’s important to have the perspective granted by having more than one founder. I’d imagine that most developers with suffer from (A) more so than (B), and I’ve known that I’m suffering from (A) for quite some time and yet I continue to sink in the tar pit – I’m almost hoping that vocalising it jolts me into action (it didn’t with my last blog post about the very same thing though).

It was hard for me to even suggest that starting a business without a co-founder just shouldn’t be done, as invariably it’s never that straightforward and, in my heart (not head), I think it’s better to start something than nothing. Before deciding to go solo I had been down the rabbit hole of attempting to start a business with others but it always failed to materialise. 99% of the time the reason it failed to even get out the starting blocks was that the other folk were often not willing to take the risk that was involved of possibly having no meaningful income (by which I mean closely matched to their current income) for an extended period of time – possibly more a British (Scottish?) problem.

OK negativity aside what can you do to make it work? Obviously I don’t know or I wouldn’t be failing so miserably at it. However, here are the steps that I’m about to take moving forward:

Anyway, shit, over my allocated segmented time for this. Don’t worry going to pencil in another hour for Monday! Maybe more details of what I’ve actually created. Over and out.